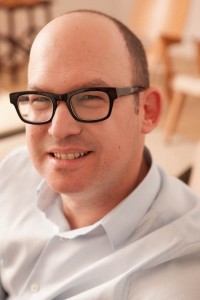 Chicago based chef Lorin Adolph has been cooking since an early age. Starting with his sister’s Kenner Easy Bake Oven and moving his way up to a Gaggenau oven.  After graduating from The Culinary Institute of America and realizing the restaurant world was a place he wanted to eat in, rather than working in the kitchen, he launched a catering business preparing dinners from 2 to 12 guests.

After a few years of catering exclusive dinner parties, he was approached by a client who inquired if he was interested in becoming a private chef. Some 25 years later, countless business, entertainment, political and friend faces later, many have dined at his ‘restaurant’.

Every day in the kitchen begins with inspiration at everything from local farmers markets, speciality culinary shops and grocery stores. One night, it may be a taste of Italy. Or Asia. Or a riff on a dish his clients have enjoyed at a restaurant.

With his clients’ four homes scattered around the globe, Lorin is able to delve into the flavors and products available to him. It could be citrus from Menton in the South of France. Idaho lamb. Southern California tomatoes. Or the bounty of the Midwest.

Lorin now wants to share with a larger audience his knowledge, inspiration, tips and enthusiasm to show how you can be your own private chef to your family and friends.